I flew into Kuala Lumpur for the very first time last week, and I was not disappointed! One of Southeast Asia’s alpha cities, Kuala Lumpur was a hodge-podge of some of the best cultures in all of Asia. Despite traveling regularly through Asia over the past couple of years, I had never actually visited the “Garden City of Lights”, and was excited to do so.

After spending a month traveling through Malaysia, starting in KL, I found myself positively changed from the experience. For first time travelers to this amazing city, here are some things I learned along the way:

Malaysia’s slogan is “Malaysia, Truly Asia”, and this is no empty boast: the country is one of the most naturally, ethnically, and culturally diverse places in the entire world. With people and influences from China, India, and the rest of Southeast Asia, Malaysia is home to an amazing international population. Because of this, Malaysia has become a melting pot of multiculturalism, with Kuala Lumpur as the hub of it all. In Kuala Lumpur, you’ll find all these cultures mixing and living with one another in harmony: Muslim mosques stand proudly next to Indian temples, while Catholic churches and Chinese temples can be seen side by side. Be prepared for an exciting, multicultural experience unlike any other.

The Food in Kuala Lumpur is Intense

One of the best things about Kuala Lumpur is the food. Ask ANYONE who has traveled to Malaysia, and they’ll rank Malaysian food in one of the top must-try cuisines in the world. As a melting pot of cultures, Kuala Lumpur takes the best foods from around the region and showcases them in its many restaurants, street food stalls, and cafes. 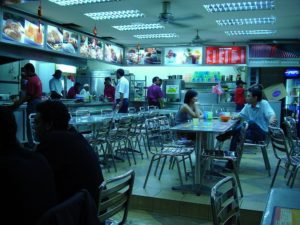 Generally, in KL, the cheaper the food, the more delicious it is! The street food scene in Kuala Lumpur is intense, with the best food being found in Mamak stalls, a type of open-air restaurant. These Mamak’s serve just about anything: from Indian curries and Chinese dishes ti Malay favorites and middle eastern cuisine. A rule of thumb is: if you see a long line of locals waiting for food in a Mamak, you can be SURE it’s good!

Vegetarians need not worry: Kuala Lumpur has you covered. Malaysia has a large Indian population, with many of them practicing vegetarianism and veganism. While these shops might be a little harder to find, they serve completely meat-free dishes and cater to vegans and vegetarians alike.

One thing to remember, though: Pork is hard to find. Many Malaysians are Muslim, which means that many restaurants are also pork-free. However, pork in itself is not banned, but just like vegetarian restaurants, places that serve pork can be hard to find.

There wouldn’t be enough space in this article to talk about every single wonderful Malaysian dish, so my advice: if you see a dish that looks interesting, don’t even hesitate to try it! Try as much of the local cuisine as possible and don’t limit yourself! If you need help, just ask a local. Malaysians are one of the friendliest people on earth, and they’re fiercely proud of their food, they won’t hesitate to take you to their favorite Mamak stalls in the city!

Be Prepared to Sweat 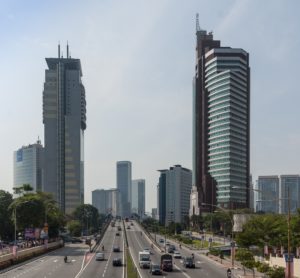 Malaysia is located near the equator and is a humid, tropical country. Kuala Lumpur itself enjoys relatively warm days and cool nights all-year round, although the summer months will definitely leave you sweating. However, the monsoon months more often than not bring heavy rains and flash floods, especially in KL. But don’t let this scare you away, just do what the locals do and wait out the rain and the floods in a food stall! Remember: if things go wrong or you find yourself stranded in a location, ask for help. The locals are extremely friendly and will not hesitate to go out of their way to make sure you stay safe. However, remember to Dress Appropriately; It might be tempting to go out in skimpy outfits in KL, especially during the summer months. But remember that KL is still a majority-Muslim country, and some establishments might frown upon clothes that are too revealing.

To be safe, pack a pair of pants or skirts that you can easily wear over your clothes in case you visit a religious site. Remember that part of traveling is respecting the local customs and culture. 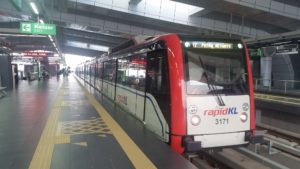 uala Lumpur is a HUGE city and it can be daunting to go around. Luckily, KL has a fairly decent public transport system that helps people get from one end of the city to the other. The local train is called LRT (Light Rail Transit) and is the fastest, cheapest way to get around KL. The train system consists of three rail operators: RapidKL, KL Monorail, and KTM Komuter. The local Touch ‘N Go cards allow you to get in and out of stations quickly. Bonus tip: the KL Monorail offers top-level views of the city and is a great way to see a panoramic view of KL for (almost) free!

The bus system in KL is also pretty efficient, although bus fares may vary depending on the bus operator. Like most cities in Southeast Asia, most of the roads and highways were built for cars. Taking a taxi, however, can be tricky: there are many horror stories surrounding Malaysian cabs and cabbies, but don’t let that fool you! In recent years, the government has been cracking down on unscrupulous taxi drivers and riding a cab in KL is now relatively better than before.

Of course, it doesn’t pay to be extra cautious: never ride a taxi without a meter, and always make sure you know where you’re going.

One of the best reasons for travelling is so you can marvel at sights, sounds, and activities that are difficult or impossible to find in your own country. 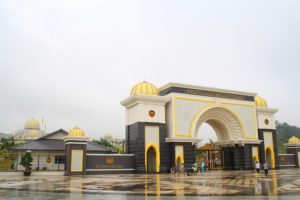 As the country’s capital, Kuala Lumpur is home to the crown jewels of Malaysia, both figuratively and literally: the Istan Negara, or the Royal Palace, is the official residence of the King and is located in Northwest KL. Meanwhile, near the city center, the Petronas Towers stands proudly as Kuala Lumpur’s most iconic buildings.

Beyond these 2 institutions, KL is also home to the National Museum. Here you can know more about the story of Malaysia, its people and kingdom from their early history, through the Colonial era, and up to modern times. Near it, the National Visual Arts Gallery is home to Malaysia’s finest pieces of contemporary and modern art. Beside the gallery, the National Theatre exhibits performing arts shows and stage plays from all over Malaysia, Asia, and the world.

With its many 73-high minarets and 16-point star crown roof and 13 acre gardens rich with pools and fountains, the National Mosque of Malaysia is another sight to behold, just make sure to visit when they’re not busy with their daily prayer service.

Just outside of KL are the Batu Caves, another must-see religious site. The Batu Caves are a series of natural caverns accessible by 272 concrete steps. The whole site is guarded by a 42-metre high gold-painted statue of Lord Murugan, a Hindu deity.

To list down all the things you can see, hear, feel, eat, or do in Kuala Lumpur would definitely take more than one article. It’s a city rich with history, culture, a friendly people, and amazing sights. Do you have your own KL story to share, or insider knowledge for other readers? Hit us up in the comments below!