When people hear the words “Romania” and “Transylvania”, the first thing that comes to mind is Dracula, or for the history buffs, Dracula AND communism. While those two terms unfortunately have cultural and historical roots to Romania, the country has so much more to offer.

Romania is bisected by the Carpathian Mountains, which runs through the center of the country in a wide arc. This geographical feature creates large areas of rocky peaks bordered by pine groves and other trees, with swathes of green meadows dotting the valleys. Despite the sometimes-harsh conditions that the Carpathian Mountains create, the landscape is rich with animal life: one can find herds of deer and elk strolling the rolling hills, while the forests are home to bears and other wildlife. 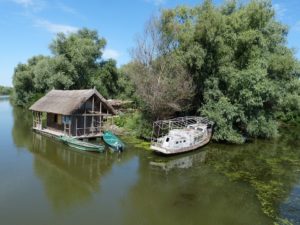 In the south, the Danube forms a natural border with Bulgaria. Europe’s second-largest river is an important source of food and trade in Romania and connects the country to the Black Sea. The areas surrounding the river is home to hundreds of bird and fish species and is a real natural wildlife preserve. Marshes in and around Romania form the largest natural reed beds anywhere in the world.

The Danube Delta is protected by the government and is a favorite spot for boating and fishing. During the spring, birdwatchers from all over the world gather in the delta to see some of Europe’s most exotic avian collection. In the summer, the Black Sea comes alive, with beach resorts in the area filling up with tourists from all over the world. Along the coast, open-air clubs offer nighttime revelers an all-night party place, while the deep waters of the Black Sea are perfect for divers and swimmers.

The snow-capped mountains in the Moldavian and Transylvanian highlands are a popular tourist destination, specifically for people looking to conquer some of Europe’s most challenging nature trails. However, if you’re looking for a more a relaxed stroll, the various woods and meadows of Romania provide travelers with an easy and beautiful way to see the countryside, with many trails going through ancient villages and medieval towns.

The People and Culture 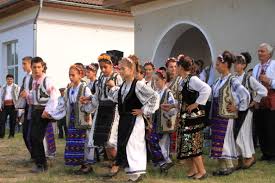 The Romanian people proudly trace their ancestry back to the ancient Romans. Like their Latin ancestors, the Romanian people are notable for being warm, friendly, and hospitable. Aside from the Romanians, the Transylvanian highlands is also home to ethnic Magyars and Roma Gypsies, with the latter traveling the countryside in their distinctive caravans. Transylvanian Germans, on the other hand, congregate near and around the medieval towns that their ancestors built. Along the Black Sea coast, a multi-cultural mix of Russians, Slovaks, Bulgars, Serbs, and people of Eastern European descent share their space with Turks, Tatars, and people from Central Asia.

Because of this rich multi-cultural history and the harsh conditions brought by the Carpathian Mountains, the culture of Romania is based off a peasant culture that values family, community, and kindness. With towns and village being separated by challenging terrain, early Romanian communities had to learn how to be self-sufficient by developing cottage industries like farming, bread-making, weaving, pottery, tanning, among others. These industries were quickly elevated into an art form, creating a tradition of beautiful and useful pieces.

While Romania has no shortage of museums in large cities, some of the best “living museums” are the ancient towns and villages in the countryside. Many of these communities still practice the old ways of industry and are important centers of Romanian culture.

The Cities, Towns, and Castles 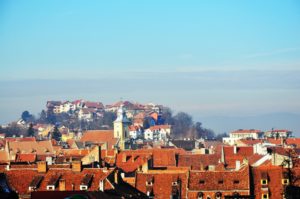 The past decade saw the capital city of Bucharest become a dominant economic and cultural force in the region. Despite suffering from a bad reputation during the dictator Ceaușescu’s time, Bucharest has worked hard to restore its position as a sophisticated and vibrant urban area in the Black Sea.

Bucharest is notable for the number of well-maintained and comprehensive museums in its borders. In fact, the capital city has so many museums that it would take at least a few days to visit all of them. Aside from this, trendy cafes and drinking gardens dot the city and give a certain charm to the area. Parks are numerous throughout, and these communal areas are well-maintained with green trees and clean grass. Much of the city’s architecture is also interesting, with contemporary buildings sitting side-by-side with communist-bloc-style tenements.

Throughout Bucharest, you can find 17th and 18th century Orthodox churches, as Christianity is a big part of Romanian culture. Lavish mansions and villas have also started springing up in the capital, a testament to Romania’s current economic prosperity.

But as beautiful as the capital is, much of Romania’s real allure comes from its rural areas, like Maramures and its wonderful wooden churches and villages made of reeds, or Oltenia and its famous log houses. The Transylvanian highlands itself gives people a feel of castle life in medieval Romania, with the infamous Bran Castle (the inspiration for Dracula) looming over the community of Brașov, or Corvin Castle in Hunedoara. The towns of Brașov and Sibiu, among others, have charming cobbled walkways that are flanked by chic cafes. Some of Romania’s castles, especially the Transylvania Saxon villages, have structures that date back 500 years, giving people a glimpse of what life must have been like long ago.

Romanian food is a reflection of its proud peasant beginnings, with hearty meals that can give a person energy throughout the day. 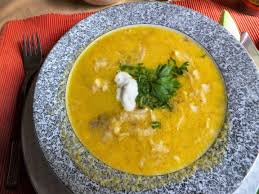 Most meals begin with soup, with the most famous one being ciorbă, a sour soup that can have an assortment of meat and vegetables. A favorite ciorbă among locals is called ciorbă de burtă, a soup made from beef tripe and flavored heavily with garlic. The local way of eating soup is to take a nibble off a hot red or green pepper with every spoonful of broth, giving you heat and flavor. Some soups come with garlic sauce on the side.

Ask any Romanian, and they’ll probably tell you that their grandmother makes the best sărmăluţe, cabbage rolls stuffed with spiced rice and pork. This dish became the de facto “national” dish of Romania because of its widespread appreciation among locals.

Romanian cuisine also has a lot to offer sweet lovers, with each region having a specific specialty to satisfy any sweet tooth: the city of Cluj, for example, is famous for its cakes and strudel, while another city,Timișoara, excels in the art of strudel making. Meanwhile, clătite, the local version of the crepe, can be filled with your choice of fruit or chocolate. But perhaps the most beloved dessert in Romania is papanaşi, fried dough with cream, jam, and sweetened curd cheese.

Another lesser-known fact: Romania is actually one of Europe’s largest wine producers, both white and red. Places like the Târnave plateau, Odobeşti, and Drăgăşani, have all garnered notability in their wine-making. Aside from wine, the local plum brandy, called ţuică, is a favorite in many bars and taverns across the country, with some people even running their own backyard still just for that spirit.

Despite its checkered communist past and a tenuous connection with vampires, Romania has been able to show people from around the world that is more than just Dracula and Stalin; in fact, Romania is a vibrant, culture-rich country with so much to offer visitors. I’m sure some of you have visited this splendid place before, so hit us up in the comments section below with your own insider tips!